"In candor, over the years, I have not discussed Tide 86 as it brought back some bad memories; so much so, that I often awoke in a cold sweat, reliving my putting the bodies in the rubber body bags. This haunted me for more than ten years. When we landed with our precious cargo, I stepped on the tarmac and stumbled.  Not because I was overwhelmed as such, but because I had sat on my feet all the way back. There was no way I was going to put my feet on the bodies."
– Tom Echols

Detachment 1, 6994th, Nha Trang, Vietnam, had limited enlisted quarters in the cantonment area, and Staff Sergeants and above had to find quarters on their own. Sixteen NCOs (2 per room) lived in a villa at 8 Le Lai, downtown Nha Trang. Ray Leftwich and I had adjoining rooms. We both were Enlisted Flight Commanders and we often sat on the front porch chatting about many subjects, including aircrew personnel.

One of the subjects we discussed was Dan Reese, who had flown nine missions and still could not pass his aircrew evaluations. Ray and I thought that if Dan could be trained, he would learn from Chuck Land, a top-notch operator. Plus, Ray would also fly to insure Dan was not distracted during the flight.  Further, he and I discussed that flying a night mission might be best because it was not as busy as day missions.

Ray asked me if I would talk with Dan before the mission. I took him aside and encouraged him to not let us down. I made it clear that this was his last chance to become an airborne operator. Should he fail this time, he would be immediately reassigned to a ground unit. During our discussion, I learned that his wife was pregnant. That is when I threw in that flying pay would be a big help. 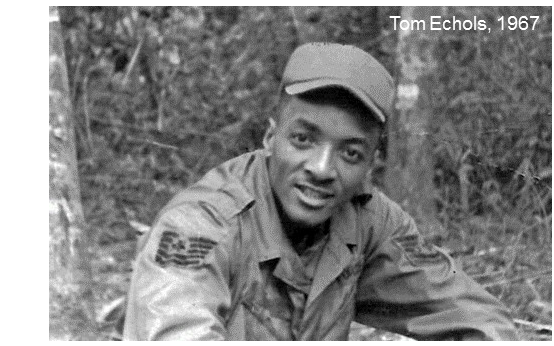 The day of the mission for Tide 86, Ray and I stood on the front porch waiting for the driver to pick him up. I wished him good luck and a safe flight.  Incidentally, one of the flight commanders not flying was the standby contact. Four hours after the flight was to recover, the driver came and woke me and I went in and called the 361st Officer of the Day. He initiated a ramp-check for EC-47 No. 43-49201. We waited. Nothing! I sent the driver to get Major Mellott and SMSgt Floyd Harrison.

As the other personnel began to arrive during the duty day, we asked them to assemble in the upstairs recreation area for us to brief them about what was happening. Naturally, all of us were sad to hear that Tide 86 had not checked in and a ramp-check was not successful.

As the hours unfolded during the day of our missing aircraft and crew, we concluded that something serious was looming. Each and every one volunteered to fly in search of our people.  Sadly, the rain was monsoon-like and we could not immediately initiate a search. As soon as the bad weather lifted, the entire military assisted in the search.

When the wreckage was located and the aircraft tail number confirmed, Colonel Casey, 361st Commander, and Major Mellott, Commander, Det. 1, 6994th, had coordinated with the powers-that-be about going in to recover crew and classified information. I was told four people would go in via helicopter, two from each unit.

The recovery team needed to know that the aircraft was on the military crest of a mountain, no signs of life, and behind enemy lines. Those chosen had to be told that if the enemy discovered the team and it looked like they might be overran with capture imminent before the bodies and classified equipment were gathered, a flight of F-100s, flying cap, would destroy the entire site. 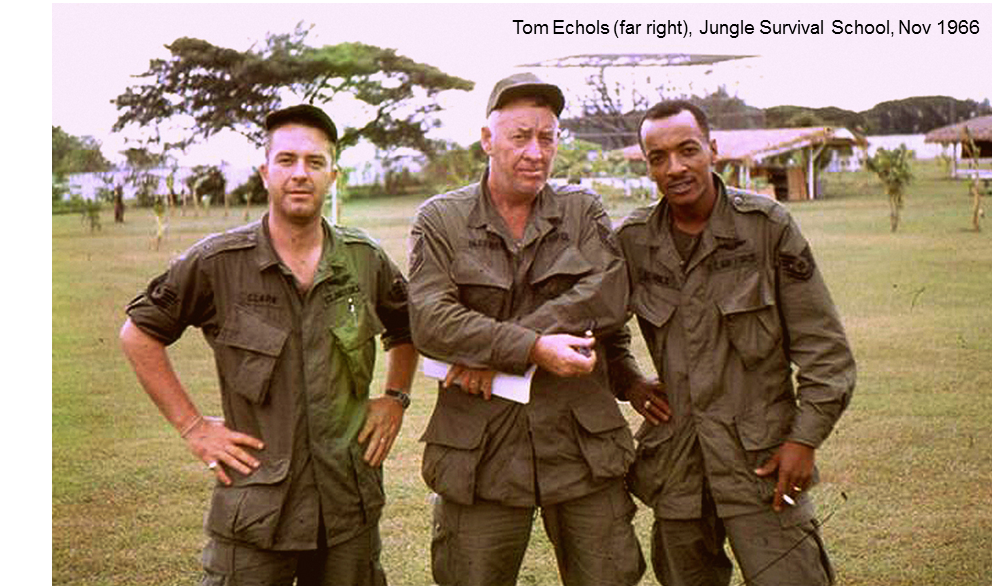 Even though I was asked to choose two people, I went to the recreation room and looked each one in the face before making a selection.  Practically every individual was young, single and had not lived. Since I was married and had three children, I chose myself. The other one from our unit was Donald A. Bernard, our maintenance supervisor, who knew every piece of our classified equipment in detail.

I personally knew the entire crew: pilot, co-pilot, navigator, flight mechanic, and of course, our three. My task was to identify every man to ensure no one had been taken. Of course, I had expected to encounter a great deal of blood and possibly dismembered bodies. But, since it had rained for a few days, the bodies were washed and there was no hint of blood. Our crew members were all intact, but shrapnel wounds were evident in the bodies, though not in the faces. The front-end crew members were dismembered as they suffered the impact to the ground. We accomplished our mission and brought the entire crew home.

Incidentally, as we were loading the bodies, we were advised that we had been spotted. The 1st Air Cavalry was notified, and when the commanding general learned that our unit was in danger, he deployed gun-ships to strafe the enemy to protect us until we were airborne. Later, we learned that the 1st Air Cavalry once received information from one of our EC-47s that resulted in the saving of one of his Green Beret units. I don’t recall the general, but he was a three star who met us when we landed with our crew.

While at the crash site, it appeared to me that the aircraft was getting a Doppler set and was hit with ground fire, what we referred to as a BFG. I passed on my observations when I debriefed.  But, I could not be absolutely certain and it was recorded “cause unknown.” I debriefed with the USAFSS Commander and senior staff via teletype. Major Mellott and Col. Casey were present, and a duplicate copy was forwarded to the 360th and 7th Air Force.

(Click here for a description of the TIDE 86 mission and subsequent investigation.)