Awhile back we posted, courtesy of Ray Rhode, some very nice pix of "The Goonfighter", an EC-47Q with shark mouth art work. Ray indicated that he thought another aircraft had been similarly painted.

Thanks to Lt. Col. (Ret) Dick Graham, the other Goonfighter has been identified. Dick says he's 99% confident this bird was 42-100665, an N model. Dick also confirms the kerfuffle which ensued at NKP over such unauthorized adornment.

Dick thinks he took the slides in April-May 1972. Note the "eye" on this shark, the carry-over of the canmouflage on to the radome, and the black rectangle under the nose—definitely a different Goonfighter.

Here are a couple of black and white shots, also duplicated on Ray Rhode's page. Thanks to both Ray and Dick for connecting another pair of dots in the EC-47 story. 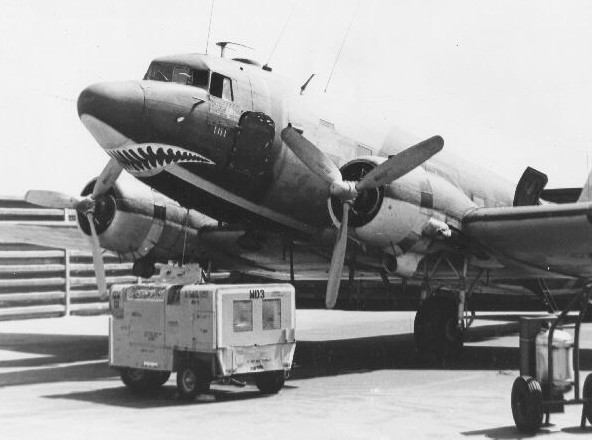