In early 1939, with China and Japan already at war and conflict in Europe an increasing threat, the United States began to re-arm. Combat aircraft were obviously a top priority, but the importance—indeed the necessity—of transport and cargo aircraft had also been realized. In September, 1940, Douglas received a contract for 147 militarized versions of the DC-3 under the Air Corps designation C-47. 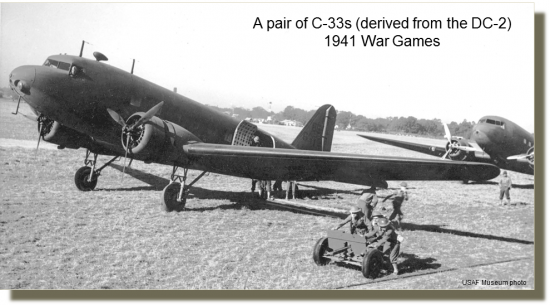 The C-47 differed from the DC-3 airliner in several respects, most notably the installation of a large two-piece cargo door on the left side of the aircraft, with a standard passenger (or paratroop) door integral to the forward section. The fuselage floor was reinforced and tie-down fittings were provided. Wingspan span was increased by six inches, and an astrodome placed in the top of the fuselage just aft of the cockpit bulkhead. For ferry purposes, up to nine 100-gallon fuel tanks could be installed in the main cabin. Within weeks of the Japanese attack on Pearl Harbor, C-47s were entering squadron service with the Air Corps. 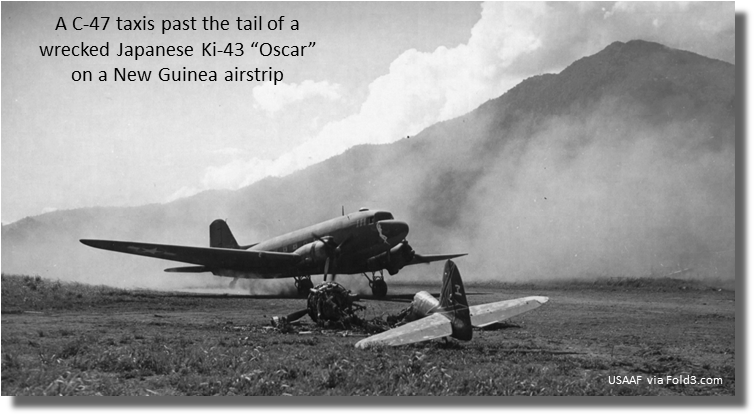 Officially named Skytrain by the USAAF, the C-47 served in every theater of World War II, and was supplied in considerable numbers to allied air forces as well as the U.S. Navy and Marine Corps. With an eye towards the island-hopping campaign in the Pacific, an amphibious version equipped with floats containing built-in wheels was built in small numbers; an idea rendered unnecessary by the ability of American combat engineers to hack airstrips out of jungles and coral atolls. A motorless glider version was successfully flown but not placed into production. 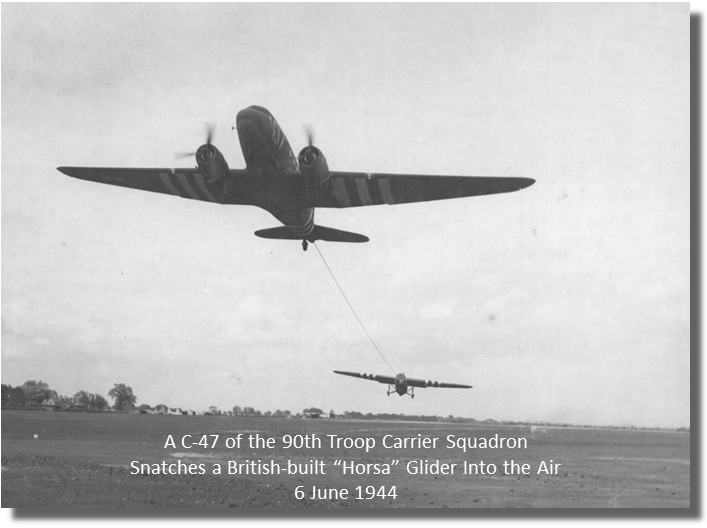 The Skytrain was the prime mover in the two largest airborne combat operations in history. More than nine hundred of them were assembled in southern England to airlift paratroops of the 82d and 101st Airborne divisions to drop zones and glider landing grounds in France during the pre-dawn hours of D-Day, 6 June 1944. A few months later, an even larger fleet dropped American and British troopers in the ill-fated operation MARKET-GARDEN, immortalized in Cornelius Ryan’s A Bridge Too Far.

But it was in the day-to-day chores of cargo hauling and routine air transport that the Gooney Bird made its greatest contribution. General Dwight D. Eisenhower called the C-47, along with the bulldozer, the jeep, and the 2½ ton truck, one of the pieces of equipment “most vital to our success” in Africa and Europe. In the China-Burma-India theater, the Gooney Bird was often the only way to move cargo to isolated outposts.

Altogether, Douglas produced more than 10,000 DC-3 type airframes, the majority of them C-47 models built between 1942 and 1945 in the Long Beach, California, and Oklahoma City, Oklahoma, plants. Ironically, a (pre-war) license-built version of the DC-3, equipped with indigenous engines and other minor changes, served as the primary transport for the Japanese naval air force. Another 2,000-plus examples were license built in the Soviet Union as the Lisunov Li-2, later given the NATO code-name Cab.

Even before the end of WWII, larger, faster transport aircraft had begun to replace the C-47 in the long haul, heavy lift role. But for general purpose work, the Gooney Bird remained unmatched, particularly when operations from rough, unpaved strips were required. The Korean War saw the first extensive use of the C-47 in other than the transport role. Gooney Birds served as "Firefly" flare ships, airborne radio relay stations, and even as SIGINT collectors. 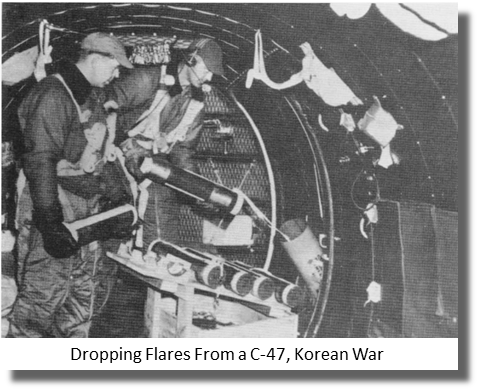 As U.S. involvement in Vietnam increased in the early 1960s, the Gooney Bird again found itself cast in non-traditional roles. As in Korea, C-47s were used to drop illumination flares, but now took on psychological warfare missions as well, with some aircraft mounting loudspeakers while others served as leaflet-dropping “bullshit bombers”.

But the starring role for the venerable Gooney Bird was as the renowned AC-47 “Spooky” gunship, which proved to be an enormously successful static defense weapon, as many a Special Forces soldier can attest. Improvements in enemy anti-aircraft artillery (AAA) capabilities eventually drove Spooky from all but the most benign skies, but its place was taken by AC-119 and AC-130 types, the latter of which remains operational in the 21st century, still under the callsign “Spectre”. 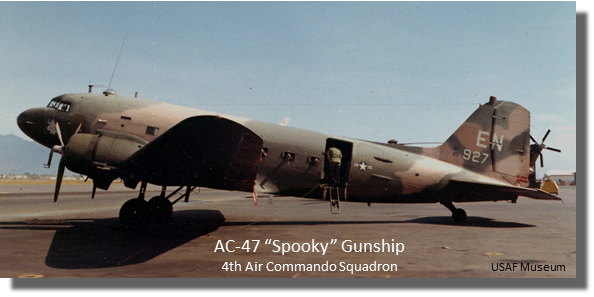 When the need arose for yet another special mission, the C-47 was again selected. The Gooney Bird  was old and slow, but hundreds were still in the inventory—and they were all paid for. The new mission was classified; in time it would lead to a much lesser known but equally successful iteration of the Gooney Bird, the EC-47.