In January, 2017, continuing the ec47.com website’s 50th Anniversary Celebration of the EC-47 program in Southeast Asia, we opened a series of timelines that correlate general war operations with close tactical support provided by the EC-47 missions.The first timeline was selected from the 50th Vietnam War Commemoration website listing the 1967 Operations CEDAR FALLS and JUNCTION CITY.  Research through the ec47.com website archives produced a specific mention of these consecutive operations in undated comments submitted by Terry Ward nearly 20 years ago.  Here is his recent, updated story.

I was assigned to the 6994th Security Squadron from 1966-67. My job was to coordinate between the 6994th and the 509th Radio Research Group (RRG) for targeting and intercepting communications of VC and NVA units.

I was working as an Air Force analyst in an Army Security Agency (ASA) unit when the 509th RRG was informed of the upcoming Operation Junction City. Working within the 509th RRG and its ground intercept traffic, I began studying and analyzing earlier and current intercepts of COSVN, 9th VC Division, 271st and 272nd VC and 101st NVA Regiment. After several nights of going over their intercepts, I noticed a pattern and, from that, I was able to reconstruct the 9th VC Division call-sign generation system with division and regiment call-sign rotas, frequency rotas and communication schedules. With that information, despite not being an assigned airborne analyst, I “maneuvered” myself and flew several ARDF missions to prove my theory. Once I confirmed my analysis, ARDF crews were able to locate and stay updated on the movements and location of the COSVN, 9th VC Division and its regiments.

ARDF missions placed COSVN, HQ VC 9th Division, the 271st and 272nd VC regiments within the targeted areas, however, the 101st NVA Regiment, which was part of the 9th VC Division, was communicating with HQ’s but unlocated, which created a problem. Once the operation started, I once more “maneuvered” myself and flew several more ARDF missions, finally identifying and locating the 101st NVA Regiment in Cambodia. On follow up missions the next few days, ARDF mission noted the rapid movement of the 101st NVA regiment towards the eastern flank of our forces. I alerted my Army counterpart supervisors, only to be initially rebuffed.

Now, here we had an Air Force SSgt (E-5) trying to convince a 509th RRG operations officer (major), a couple of colonels, and a general there was a threat to the flank of our forces. To confirm my analysis, I disclosed my methods to determine my results, showing the callsigns, frequencies, and schedule of the 101st Regiment, as well as the  ARDF mission results for the previous couple of  days.

For the next several days, I continued to “maneuver” myself, flying on several ARDF missions within and around the operational areas, continuing to monitor the movement of the 101st NVA Regiment. With the additional 6994th and Army ARDF missions, MACV HQ’s was able to watch the movements of not only the 101st NVA Regiment and its march from Cambodia, but also the updated locations of HQ 9th VC Division, 271st, 272nd VC regiments, and COSVN.

The rest is history, with the following note: although the 6994th Security Squadron and 509th RRG continued intercepting communications from the units of the 9th VC Division throughout Operation Junction City until their demise, COSVN continued broadcasting with U.S. troops all around it. It wasn’t until 2015 that I was watching a National Geographic special on Vietnam and learned that, although our troops found the Headquarters tunnels, they only located two levels and COSVN was in a undetected third level.  I was awarded a Commendation Medal for my efforts in support of Operation Junction City.

Prior to Vietnam, I was assigned to Misawa, Japan; Shu Lin Kou, Taiwan; Misawa, Japan; and then Kelly AFB, Texas. I worked mostly analyzing, identifying and recovering Russian and Chinese communication networks. I was selected by means I do not recall, but I did get excited because I knew the reason we were there.

Once I got to the 6994th, I found myself shuffling papers for our flight analyst, but there was no organization to their methods. So, I proceeded to sell the idea that we needed a target coordinator between the 509th RRG, which at that time was located at Tan Son Nhut, and our flight crews. This was to provide up-to-date targets that combat units in the field needed, eliminating needs requested by Army S-2 having to go through all kinds of communication just to get to the 6994th.

Once I got inside of the 509th RRG, I would make runs between the units, bringing a “Hot List” to the 6994th operations for the flights the next day. As for getting on flights without being on flying status, I was selling how vital I was for finding targets, which I proved by acquiring and fixing more targets than any other crews. This was especially true during Operation Junction City. After I got 19 missions in, they pulled me from flying any more missions. That would have qualified me for an Air Medal, and they couldn’t have that awarded to a non-flying-status analyst.

Another little job I acquired was making an embassy run every night, driving from the 509th to the U.S Embassy at midnight, which I must say added some adventure to my tour. Before I left, the 509th RRG moved to Bien Hoa with me in tow. I think the 6994th just wanted to get me out and away from the flight line. At Bien Hoa, I also worked with the 503rd RRG, ARVN.

After I rotated out of Vietnam and the wife left me, I remained in USAFSS for 20 years, retiring in 1978. 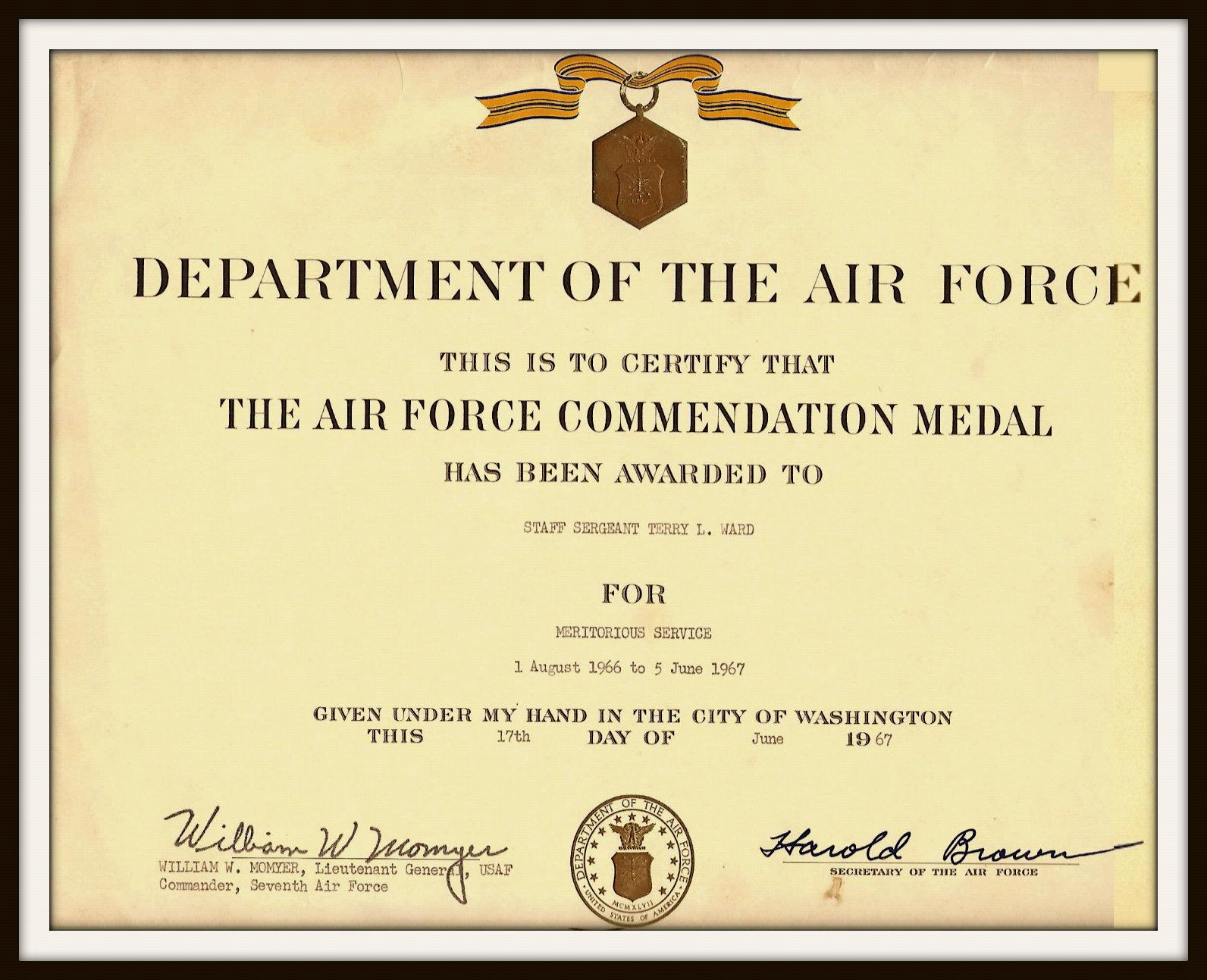