to see me in them too—sorry about that. Also have a scan of one of the notes that were dropped while in flight. I was a lowly A1C at the time but stayed in for 20 and made it to MSgt. If you can find out the tail # OLE MR ROSS was I would like to know it and maybe do a little research on it."

Without at least a partial serial number, we can't further identify the aircraft, but we did find a color photo of the nose art. Ken says it was that way when he arrived; he has no idea where the name came from. Neither do we. But we can see that the aircraf was one of five equipped with the QRC-346 jamming system. 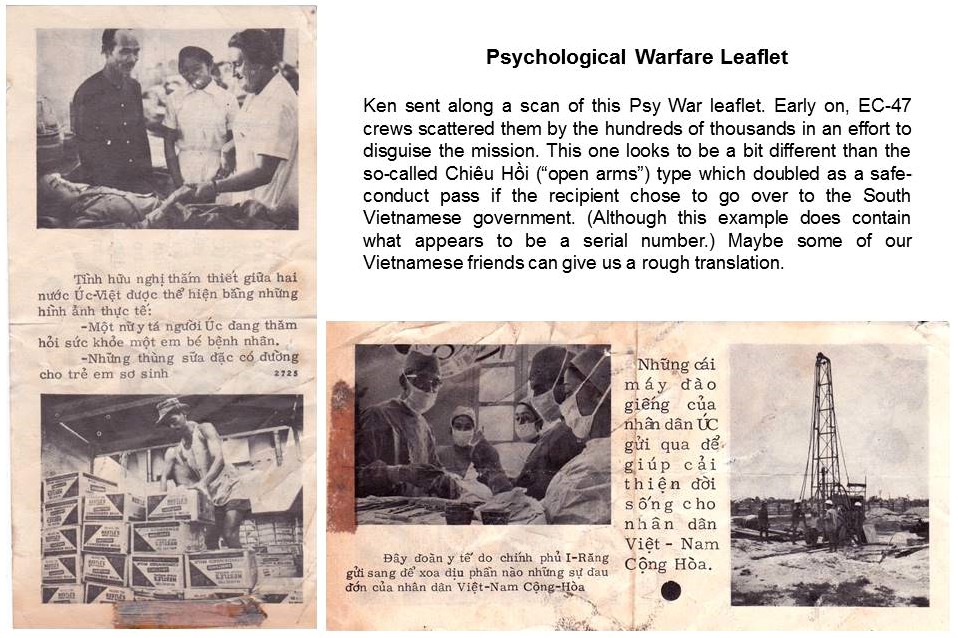 We started with the nose art, which appears to be the youngest

Eagle-eyed Chuck Miller enlarged the nose section of this shot and concluded, correctly it seems, that the nose art is actually "The Buzzard", S/N 42-100513 which was the aircraft which logged the 360th's 80,000th accident free flying hour. The investigation continues!