After 52 years with many memories and memorial items to keep them fresh, I would like to submit this to appear in the Odds N Ends division of the Web-Site hoping it can stimulate others who can, to do similar.

I know that I among those most likely able to supply a set of the Before, During and After photos like this being I was among the very early to Deliver one of the Aircraft and remain and fly with the same crew for our tour then return home together.

We did have two other crew members for the long trip over and they were a third Pilot Captain Larry Anderson and another Navigator Major Al Mattie. These two remained with the 360th TEWS while we went to Nha Trang and helped build the 361st.

And as you will read every place I have a chance to express it, this was the Best Year of my 20 year career. I hope you can help me here. 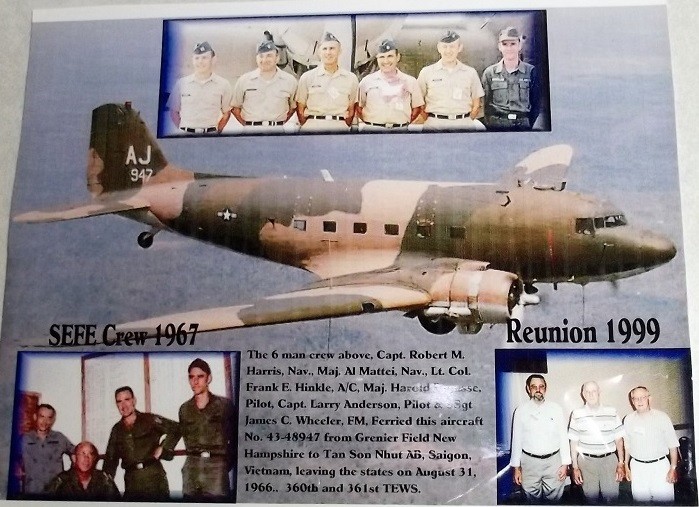